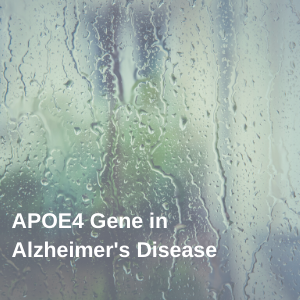 APOE Gene in Alzheimer’s Disease by Vanita Dahia   Are you at risk for develping Alzheimer’s Disese? Forgetful, brain fog, poor recall? Now you can determine if you are at risk of Alzheimer’s Disease with a simple gene test! Senile dementia and AD are considered the greatest medical threats of the twenty-first century which manifests […]