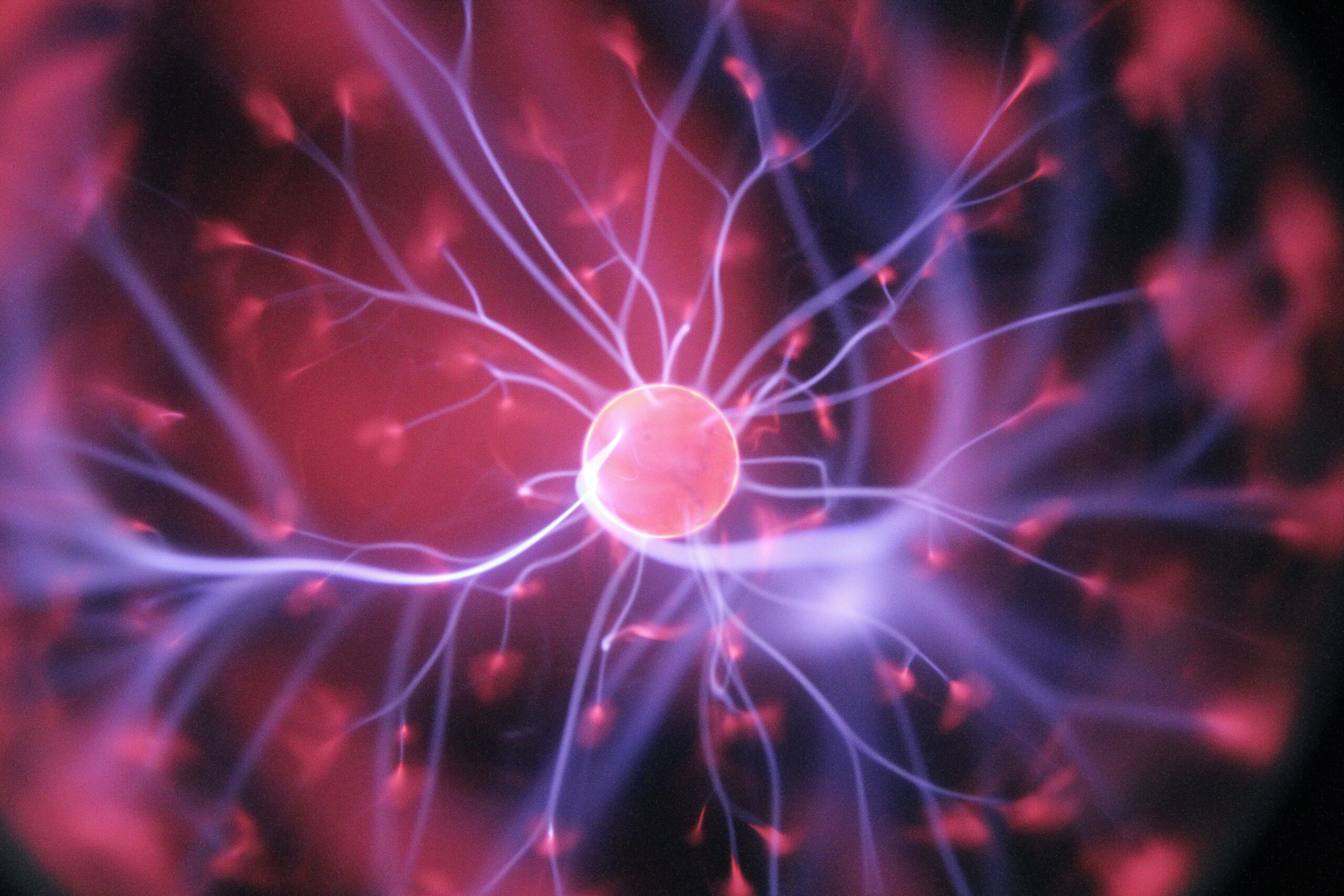 Brain derived neurotropic factor (BDNF) is naturally produced by brain cells to regulate normal brain and plasticity. Boosting BDNF in the brain can also delay the cognition degradation that occurs in Alzheimer’s Disease and Senile Dementia.

It is estimated that in 2020 there are between 400,000 and 459,000 Australians with dementia, with Alzheimer’s disease (AD) accounting for up to 70% of diagnosed cases according to the Australian Institute of health and Welfare.

After heart disease and cancer, Alzheimer’s disease is reported at the third leading cause of death. AD is a progressive neurodegenerative disease and is a significant health problem.

Dementia was the second leading cause of death in Australia in 2018.

Alzheimer’s disease constitutes up to 80% of all cases of dementia whilst the second most common type of dementia is vascular dementia that may develop after a stroke.

Alzheimer’s Disease was first identified in 1906 by Dr. Alois Alzheimer. He observed deposition of amyloid plaques and tangled nerve fibres in the brain and a loss of connections between neurons. Lack of communication between brain cells results from neuroinflammation, vascular damage, increases in free radicals, and mitochondrial dysfunction.

Alzheimer’s Disease can start as early as the age of 30 but tends to be more common from 60 years onwards. Identifying the genetic mutation of the ApoE gene is therefore paramount.

Cognition decline health conditions are progressively growing and dramatically affects the lives of family and friends. This burden extends to more doctor visits, more hospitalisations and additional aged-care or palliative care services. Of course, this becomes a huge Burden on the Public Purse.

The Australian Disease Expenditure Study estimated that about $428 million in health expenditure (excluding aged care expenditure) was attributable to dementia in Australia in 2015–16, with $5.5 million more spent on females than males.

What if we could Predict Alzheimer’s Disease?

Identification of your genetic makeup can predict potential onset of AD. The types and degrees of Alzheimer’s disease (AD) can be elucidated with identification of ApoE gene and differentiation of its alleles. Apolipoprotein E4 (apoE4) is the most prevalent genetic risk factor of AD.

Dr Dale Bredeson in his book “The End of Alzheimer’s” he maps out the First Program to Prevent and Reverse Cognitive Decline. What we call Alzheimer’s disease is actually a protective response to a wide variety of insults to the brain: inflammation, insulin resistance, toxins, infections, and inadequate levels of nutrients, hormones, and growth factors. Bredesen starts by having us figure out which of these insults we need to address and continues by laying out a personalized lifestyle plan.

A number of nutritional and dietary support mechanisms are advisable and should be considered much earlier than the onset of cognition decline.

The BDNF gene provides instructions for making a protein found in the brain and spinal cord called brain-derived neurotrophic factor. This protein promotes the survival of nerve cells (neurons) by playing a role in the growth, maturation (differentiation), and maintenance of these cells.

Deficient BDNF lowers the ability for nerve cells to connect with each other and communicate with neurons leading to poor memory and degeneration of brain function.

BDNF plays in important role (1) in:

BDNF also plays a vital role in other organs systems:

BDNF may act as a mediator between airway inflammatory events and neuronal changes that occur during an allergy or asthma attack by enhancing airway smooth muscle contraction and mucus hypersecretion through facilitation of acetyl choline release.

Decrease in the expression of BDNF is seen in many neurological diseases such as Alzheimer’s disease, Parkinson’s disease, Huntington’s disease and bipolar disease. (2)

Drugs such as Lithium used for bipolar disease has been shown to enhance expression of BDNF in mRNA which inadvertently supports the role of BDNF in bipolar disorder.(2)

Co-factors such as vitamin B12 and dexamethasone have shown promise in upregulating BDNF expression.(3)

Chronic stress will reduce volume of the hippocampus, thereby depleting BDNF levels in the brain. (4) The diurnal patterns of cortisol release by the adrenal glands restores the capacity to cope with stress.

Why memory fades after menopause?

During peri-menopause and post-menopause, women often find themselves forgetting things and going through brain fog. A decline in estrogen levels during menopause together with changes to the hippocampus, the part of the brain responsible for formation of new memories occurs at this time. A regular supply of estrogens and testosterone is required in the hippocampal neurons maintains synaptic plasticity essential for memory and focus.(5)

Cells in the hippocampus are among the first to show damage in Alzheimer’s Disease.

Estrogen stimulates the synthesis of BDNF and enhances its actions by regulating expression of tropomyosin-related kinase B (TrkB), a high-affinity BDNF receptor. Optimal testosterone and estrogen levels are required to maintain BDNF levels in the brain to restore and maintain memory and learning in the brain. This requires adequate aromatase activity, an enzymatic conversion of testosterone to estrogens.

The ApoE gene markers are used to identify predictability of AD.

Which other markers can be used to reveal early detection of brain cell damage and subsequent possibilities of early interventions to prevent or mitigate the disease?

Brain-derived neurotrophic factor (BDNF) secreted by neurons is a significant component of synaptic plasticity. BDNF levels can be measured in a serum test. (6)

When a blood sample is taken and allowed to clot, BDNF is released from the platelets and remains in the serum layer where it can be assayed.

The availability and enhancements of drugs in cognition decline is limited to prescriptions of Donepezil, Galantamine, Rivastigmine and Memantine.Each of the drugs available have limited effectiveness and come with a range of side effects and adverse reactions.

How to Naturally boost BDNF in Alzheimer’s Disease

Rigorous exercise has been shown to increase BDNF levels. A study published in 2011 found that three weeks of high-intensity cycling and five weeks of aerobic exercise improved cognitive functioning and increased levels of BDNF.(8)

A Mediterranean or kept diet may be commonly suggested to reduce risk for metabolic syndrome and cardiovascular disease and keep brain neuron cells healthy.

The best way to build up your BDNF levels is to develop a daily routine around BDNF-boosting activities such as stress management, regular physical exercise, and a wholesome organic diet.

Targeted herbs, medicinal mushrooms, and nutrients have been found to have healthy brain supporting and protective properties that promote normal memory, concentration, and cognitive processing. Many of these ingredients have been found in research to promote healthy formulation of nerve growth factors such as BDNF that help with neuroplasticity.

Curcuma longa (turmeric) will reduce the neurotoxic damage caused by inflammation, and has been shown to increase production of brain-derived neurotropic factor (BDNF), and increase hippocampal volume in animal models of depression.

Choline derivatives such as Phosphatidylserine, Citicholine and inositol are essential phospholipids required for memory and attention.

Get in touch and Consult with us to: