Connection between Hormones and Mood 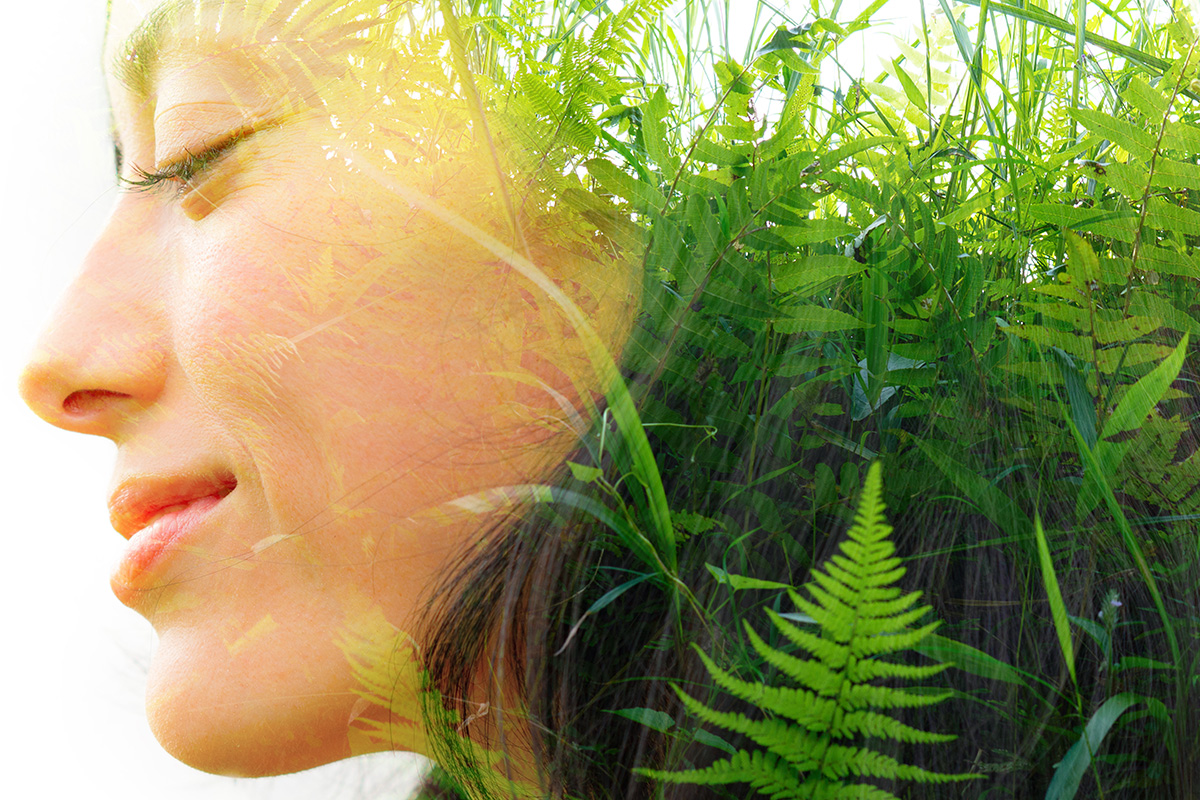 The resilience of a woman is governed by her hormones.
Hormones enliven us. They give us vitality, energy, emotional balance our sexuality and our curves.
Our entire personality, energy and how we cope is hormonal. Hormones intrinsically involved in numerous biochemical and physiological processes throughout life.

A strong woman looks a challenge in the eye and gives it a wink!

When hormones go out of balance, they become the household heating oil of womanhood firing up moods leaving them vulnerable, fragile and irritable.

Hormones naturally peak in the 20’s and decline with each decade till you reach menopause. Hormones do tend to fluctuate significantly during puberty when sexual function and reproduction is established and during peri-menopause. It is during these times, women may experience significant mood changes.

A delicate balance of Progesterone and estrogens is driven by FSH and LH throughout the follicular and luteal phases of a woman’s cycle.

Any imbalance of sex hormones impacts mood, so a woman’s moods dances with her hormones.

Progesterone is neuroprotective in the brain and acts by increasing the production of brain derived neurotropic factor (BDNF) to stimulate brain and nerve repair.

During puberty, Estrogen and Progesterone levels increase, and become elevated during reproduction years and pregnancy and declines rapidly after birth (postpartum) and later in life during perimenopause. During and after menopause or after a hysterectomy, hormone levels continue to decline.

Fluctuations in hormone levels often seem to parallel considerable shifts in mood, making women feel more vulnerable and fragile as they develop conditions of anxiety, stress and depression.
Imbalances in hormones may present as:

Assess the balance of your Female Hormone, Adrenal and Thyroid Hormone Balance Quiz

The Good and Bad of Oral Contraceptive Pills (OCP)

The humble birth control pill has been used by women for 55 yrs, relatively young in the hormone drug world. OCP is used by many menstruating women either to prevent pregnancy or regulate menstruation. It is also used to manage acne, treat gynaecological disorders such as irregular or excessive bleeding, polycystic ovarian syndrome (PCOS), severe menstrual cramping, and endometriosis-associated pain.

Although many tolerate the OCP well, some women experience debilitating side effects which include:

The Pill and Mood

OCP use depletes essential nutrients like Vit B and zinc needed for many physiological purposes in the body including neurotransmitter production. Depletions in these nutrients will raise copper which manifests as headaches, insomnia, depression or fatigue.

OCP do not only affect your hormone levels, they also deplete your body of several nutrients like Vit A, Vit B6, Thiamine Riboflavin, Folic acid, Vit B12, Magnesium and Vit C.
If you are taking an OCP, consider taking a good quality methylated B-vitamin complex.

Continued use of OCP can lead to personality changes, headaches, weight gain and blood clotting.
Smoking increases Cadmium which enhances oxidative damage when on an OCP.

The OCP supresses the ovaries driving down production of estrogen, Progesterone (1) and testosterone.(2) As these hormones are the precursors to our stress hormone, Cortisol, the use of OCP disturbs the capacity to deal with stress. OCP use suppresses hypothalamic-pituitary-adrenal axis, thereby making the user reactive to stress.

OCP use has shown to increase grey and white matter in the cortical regions of the brain – the part of the brain that manages emotions.(3) The OCP user then becomes irritable, emotional and stressed.
A family history of mental health predisposes and aggravates an existing mental health condition if on an OCP.

PMDD is a severe form of PMS with a significant burden of depression and PMS. Psychiatric conditions can be exacerbated premenstrually – a form of menstrual magnification – which is associated with dipping of Progesterone during this phase of the month.
A PMDD woman would experience PMS symptoms and symptoms of major depressive disorder, panic, dysthymia, and generalized anxiety disorder, allergies, migraines, epilepsy, diabetes, irritable bowel syndrome, chronic fatigue, asthma, thyroid, and/or adrenal stress.

At the age of late 40’s to early 50’s, women go through menopause which can last for many years. Symptoms of menopause are associated with the sudden and steady depletion of Progesterone and a corresponding decline in Estrogens. When progesterone and Estradiol don not decline proportionately, estrogen may become dominant relative to Progesterone.

Estrogens may also decline as ovulation stops (no period) and corpus luteum dies. Estradiol (E2) tends to rise and fall. The collective dip of Progesterone and fluctuations in Estradiol gives rise the menopause . A woman feels hot and bothered, moody, irritable, fatigued, starts to gain more “estrogenic” weight around the hips, skin sags or becomes wrinkled, has dry vagina and ages quickly.
Adequate estradiol is needed for neuronal health as it is neuroprotective and has antioxidant properties.(4)

Play between GABA and Progesterone

Progesterone peaks at mid luteal phase in a cycling woman. If she is suffering with a hormonal dysregulation condition, be it PMS, endometriosis or menopause, she will experience unusual fluctuations of Estradiol and Progesterone.

Allopregnanolone is synthesised from Progesterone in the brain and plays a role in neurogenesis and regulates neuronal inflammation.

Women need adequate levels of Progesterone and Allopregnanolone during the luteal phase of a cycle. Allopregnanolone can cross the blood brain barrier to stimulate GABA receptors in the brain, an inhibitory neurotransmitter.

GABA is responsible for calm, relaxation, sleep and is needed in sufficient quantities to alleviate anxiety and panic.

Why are you anxious pre-menstually?
Low Progesterone is linked to low GABA function which manifests as anxiety, depression, and sleep issues.

Women with depleted Progesterone levels will invariably have depleted GABA levels which is calming, anxiolytic, anaesthetic, and sedative.(5)

Women first falling pregnant will feel calm, sleepy and relaxed as the body increases Progesterone production in preparation for the development of the foetus.

Women going through PMS or menopause will have depleted Progesterone levels which means low Allopregnenolone – this translates to anxiety, agitation, aggression and moodiness. Women can become anxious or irritable before a period till menses then restart in the next cycle.
Some women may be Estrogen dominant (low Progesterone relative to Estrogens) which can contribute to Estrogen receptor positive proliferation. Women experience weight gain, increased appetite for sugar-containing foods, fluid retention and headaches.

The dance between hormones and mood does not stop at Progesterone and GABA.

Play between Serotonin and Estradiol

Serotonin is the happy neurotransmitter which directly impacts Estradiol particularly during PMS and PMDD. Low levels of Estradiol premenstrually decreases the production of Serotonin (6) which leads to low mood and depression during this time.

Depleted Serotonin in PMDD has been shown to be associated with estrogen receptor alpha polymorphisms. SSRI anti-depressants may be prescribed for PMDD.

SSRI’s have been shown to enhance formation of Allopregnanolone from Progesterone by increasing the levels of 5-alpha-reductase, an enzyme which stimulates conversion of Testosterone to Dihydrotestosterone (DHT) in the brain. The resultant increase in Allopregnanolone with use of SSRI’s further assists with the GABA effects of pregnenolone.

Play between Cortisol and Dopamine

Cortisol is needed for the production of the the adrenal hormones called the Catecholamines, noradreanline and Adrenaline.

Elevated Cortisol during high stress has an inhibitory effect on Dopamine neurons in the mesocortical area of the brain, where Dopamine is essential for normal cognitive function.
Dopamine is the reward hormone. With sufficient Dopamine, we feel satified, motivated and get excited about life.

Play between Dopamine, Serotonin and Testosterone

Sex starts in the brain. Love stimulates oxytocin ( the cuddle hormone) and Dopamine. Testosterone increases the release of dopamine, which is a neurotransmitter in your brain responsible for your feelings of pleasure. There may also be a connection between testosterone levels and the function of serotonin. A decrease in serotonin activity in the brain is linked to feelings of depression.(7)

Testosterone is needed for libido, vitality, bone density, muscle strength, face and body hair and the production of sperm in males.

Play between Cortisol and DHEA

DHEA balances excess cortisol seen in stress. As stress rises, DHEA depletes. DHEA is a precursor hormone to Testosterone and the Estrogens.

If Stress is dominant, Cortisol rises which then drives DHEA down.

Play between Cortisol and Progesterone

Stress stimulates the “Adrenalin rush” which stimulates the brain to seek glucose to react to the stress. Stress therefore stimulates the desire for food and if left untended, will lead to obesity and insulin resistance.

Understand the balalnce of your Sex Hormones and Neurotransmitters with appropriate lab testing. See Testing for Female Hormones and Testing for Mental Health to determine the right test for you.

Sex hormones do not not work independantly of happy and sad brain chemicals. Hormones elicit important regulatory effects on the central nervous system. Hormones either stimulate other hormones or neurotransmitters (agonist) or inhbit (antagonist).
An agonist is a chemical that activates the receptor of another agent to produce a biological response – causes an action
An antagonist blocks the action of the agonist and an inverse agonist causes an action opposite to that of the agonist.

Hormones and neurotransmitters are functional lab tests that can be measured in one of the following samples:

Get your Hormones and Neurotranmitters Balanced

Consult with a health practitioner who can tailor a natural management approach using nutritional and herbal medicine to manage hormonal imbalance and moods naturally.

If you experience low Dopamine with a low sex drive or anxiety with PMS or menopuase, correction using targeted nutritional therapy may help to restore levels and support a healthy sex life and menstrual cycle.