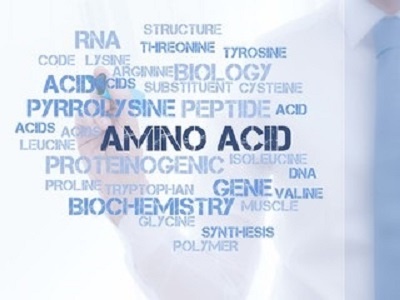 The benefits of taking amino-acids to improve your health can hardly be overstated. All the body tissues – every muscle, hair, nail, enzyme, and brain cell – is made from amino-acids. They are central to the bio-chemistry of your body.

It is possible to ease pain, soothe anxiety, and improve memory simply by taking amino-acids.

Proteins, comprising of almost 80% of our dry body weight, are made up of amino-acids. Amino-acids have a powerful effect on strength, endurance, mental & emotional health, immune & inflammatory function. They build structural proteins of muscles & connective tissue. They make enzymes, which control chemical reactions in our bodies. They make a variety of brain neurotransmitters & hormones, generate energy, stabilize blood sugars and aid in detoxification & anti-oxidant protection.

What do cardiovascular disease, stress, liver toxicity, fatigue have in common?

The answer lies in their association with amino acid imbalances.

Amino acids are essential to life

In free form or linked as peptides they assume important roles in such activities as neurotransmitter function, pH regulation, cholesterol metabolism, hormone metabolism, pain control, detoxification, anti-oxidant protection, and control of inflammation. They build structural proteins of muscles & connective tissue. They make enzymes, which control chemical reactions in our bodies.

Amino acids comprised of the building blocks of the proteins are found in structural tissues of the body. In fact, the word “protein” is derived from the Greek “protos,” meaning “first,” a designation underscoring its prominence.

Proteins, comprising of almost 80% of our dry body weight, are made up of amino-acids. Molecules composed of several amino acids, up to several dozen, are generally classified as “peptide” proteins. Many “short-chain” peptides of dietary origin are absorbed intact, and are broken down further, via digestive proteolysis, into their component amino acids. Distinctions between the many different amino acids can be made by examining their chemical structures.

Some important amino-acids for good moods

Some amino acids deserve particular mention, owing to their pivotal role in the body.
Glutamine is the most abundant amino acid in the bloodstream, serving as an important vehicle for nitrogen transport.

In cells, glutamine can donate one of its nitrogen atoms as an amide to form nicotinamide from niacin (vitamin B3), a necessary step in the formation of the very important cofactor “NAD.” Although considered to be non-essential since it is synthesised by the body, it may be more aptly described as a “conditionally essential” amino acid— an amino acid which is non-essential in health, but required in greater amounts during certain physiological states where tissue utilization exceeds the rate of biosynthesis.

Glutamine is important for the maintenance of GI mucosal integrity; its deficiency is associated with gut atrophy during stress and large doses of glutamine may prevent mucosal atrophy and bacterial translocation resulting from various insults, including methotrexate and radiation injury.
Methionine is the essential precursor of the important amino acids cysteine, glutathione, and taurine and, via cysteine, contributes to the formation of insulin and coenzyme A. It is required for the formation of body tissues, metabolism of carbohydrates, lipids and amino acids, antioxidant and detoxification processes.
Methionine (via S-adenosylmethionine) is essential to genetic expression, muscle metabolism, adrenal catecholamine balance, and formation of choline and acetylcholine. Methionine metabolism is subject to many impairments, resulting in a variety of disorders, including cardiovascular disease, neural tube defects, osteoporosis, and neuropsychiatric disorders.
Taurine, a non-protein metabolite of the body. It serves as a neurotransmitter, conjugates with cholesterol to form a component of bile, helps regulate the intra-cellular concentrations of magnesium, calcium, potassium, and sodium, and is magnesium-sparing. Taurine promotes potassium retention by the heart, and it appears to reverse cardiac abnormalities induced by cardiac glycosides or adrenaline.
Arginine functions as a pre-cursor to nitric oxide, a key player in processes such as neurotransmission, control of platelet aggregation and adhesion, blood pressure regulation, immune system cytotoxicity, and relaxation of intestinal smooth muscle.

Administration of arginine has been demonstrated to reduce intimal thickness and vascular reactivity in athero-sclerosis, as well as to decrease platelet clumping and clot formation within arterial walls. Arginine also enhances collagen deposition, demonstrating its role in wound healing and disorders such as gastric ulcer.
Tryptophan
Another of the essential amino acids, Tryptophan, serves as the precursor of the hormone, serotonin, a vasoconstrictor and neurotransmitter influencing sleep, appetite, and mood. Studies of depressed patients have demonstrated reduced levels of tryptophan, suggesting in some cases of depression a reduced tryptophan availability to the brain.
Serotonin, after methylation by S-adenosylmethionine, becomes melatonin, a key regulating hormone in the body. Melatonin modulates circadian rhythms in the body and immune and endocrine activity and possesses antioxidant and oncostatic properties. A dietary lack of tryptophan or insufficient S-adenosylmethionine may result in a significant deficiency of melatonin.

Test for Amino Acids can be performed in a urine or blood sample or contact us for further information. 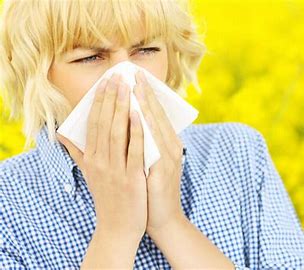